My name is Christopher Rey Pérez. I was born on September 7th or 9th in the year 1987 and raised along these coordinates, 26 11'6"N 98 7'4"W, which make up part of the Lower Rio Grande Valley of Texas, a region a few miles from the Mexican state of Tamaulipas.

I am a poet working from within a matrix of opaque folklore, violence, and language in an attempt to incorporate the liminality of a type of "border thinking" I have experienced and witnessed throughout my life. After having had the opportunity to live, work, and write in Mexico, the Occupied West Bank of Palestine, and other countries, my writing has evolved to include the investigation and address of borders as a subject-constituting condition rooted in the coloniality of global exchange.

Some of my writing that's representative of these concerns includes a small chapbook with a few drawings that I published with 98Editions of Beirut in 2012, a 2015 chapbook of writings and photographs I published with LIKE Editorial of Mexico City, a 2016 artist book in collaboration with the artist Barbara Ess that was released for the occasion of an exhibition at 321 Gallery in Brooklyn, a book that composes a book collection from Nicosia, Cyprus, an electronic publication on border theatrics published in Canada, a risograph-printed story that is also translated to Portuguese, a field journal in Spanish from an artist fellowship in Puerto Rico, and a book I edited on aliens. My first "full-length" book was published on March 15, 2017. Titled gauguin's notebook, it writes through Gauguin's Tahitian journal as a way of investigating current-day affective structures along the border vis-a-vis Gauguin's colonialist production in Tahiti.

Collaboration plays a large part in how I choose to shape my writing community, and this has led me to create a small publication of art and literature of the Americas, called Dolce Stil Criollo, that I co-edit with my friend, Gabriel Finotti. Nomadic, multi-lingual, and independent, Dolce Stil Criollo is a project we began in 2013. You can read about it here.

And if you would like to know more about me, you could always write me at christopherreyperez (at) gmail (dot) com.

Dolce Still Criollo is a neologism that invokes its own complexity. The publication derives from Dante’s inferno in order to establish itself in the Americas, where it serves as a platform for topical works investigating Latin America’s cultural-political sphere. Both its editorial line and experimental design seek to create a multilingual readership capable of reading across social registers.

Dolce Stil Criollo’s first issue explored the concept of “islands” as a dematerialized, intermediary space of possibility and border. The second issue, Beauty is Our Spiritual Guernica, proposed an aesthetics based on embodied vernaculars of signage and play and was published in partnership with Meli-Melo Press of Brazil. Both issues were printed using Risograph duplicators and were sold in art book fairs in Latin America, United States and Europe. Dolce Stil Criollo’s third issue explores how “tropical opacity” is a political mode of being that acknowledges the constructed nature of the tropical as nothing more than a pedagogical opportunity for its own re-imagining. The works within this issue respond to cultural factors from a globalized era in which knowledge and subjectivity are colonially determined, geo-politically situated, and economically conditioned.

The publication is edited by me and designed by Gabriel Finotti of the Brazilian design studio Sometimes Always.

Dolce Stil Criollo is in English, Spanish, and Portuguese. Visit the website. 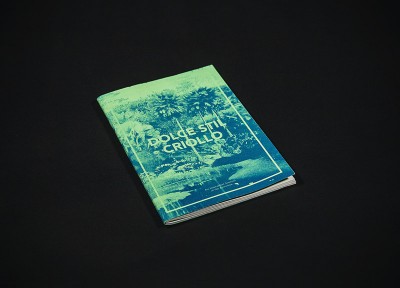 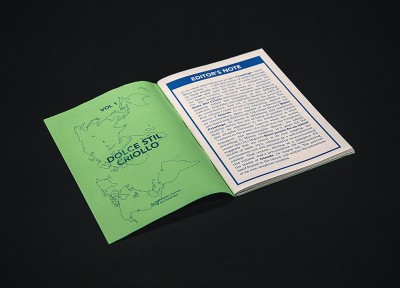 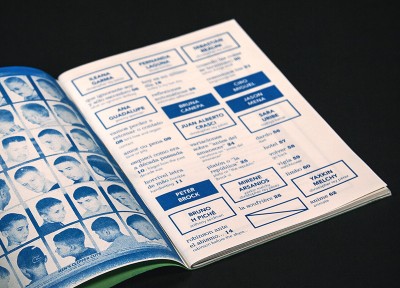 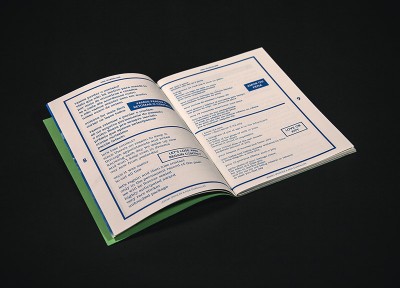 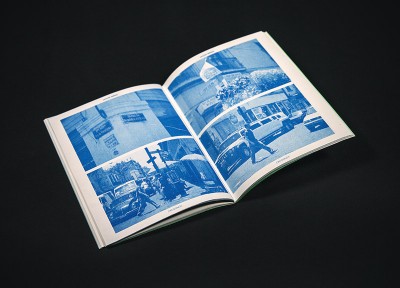 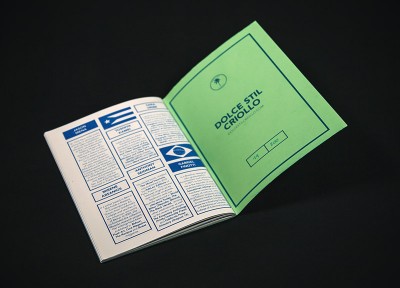 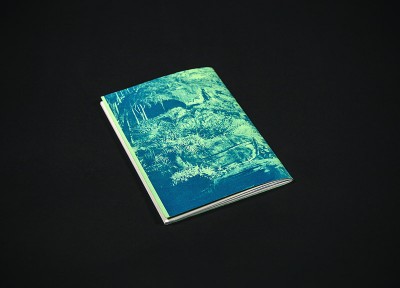 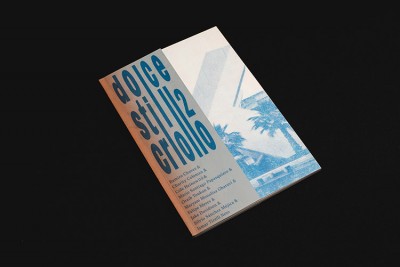 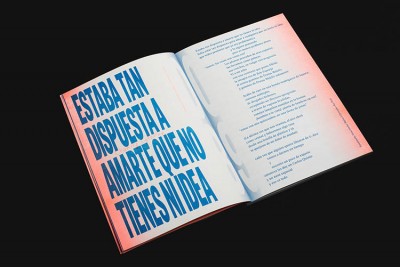 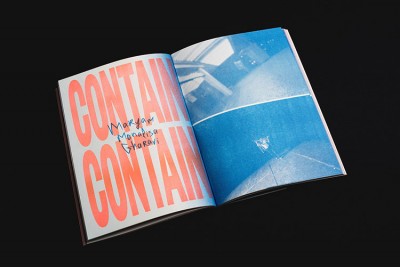 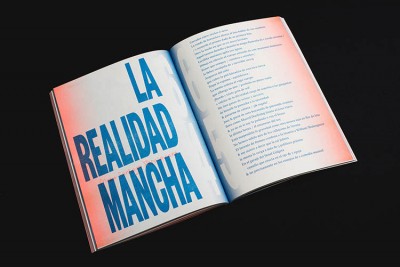 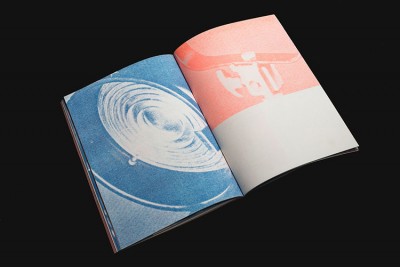 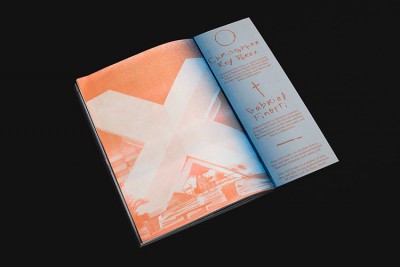 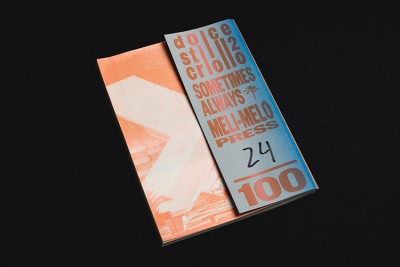 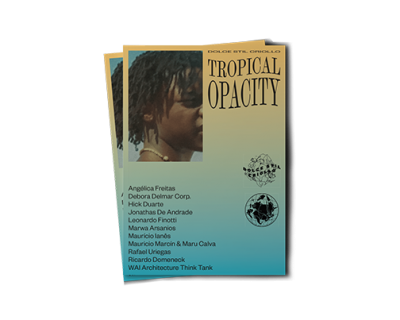 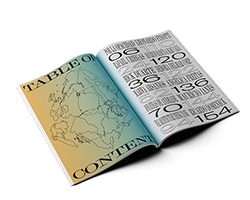 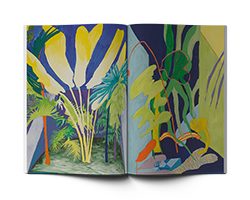 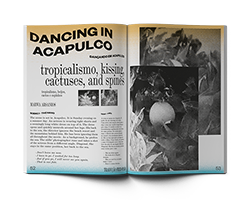 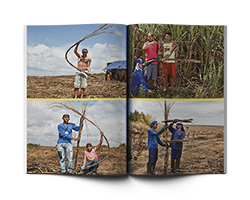 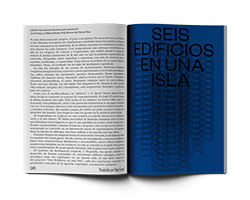 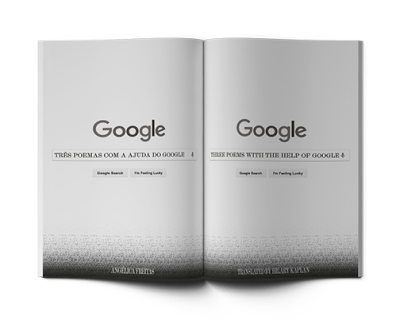 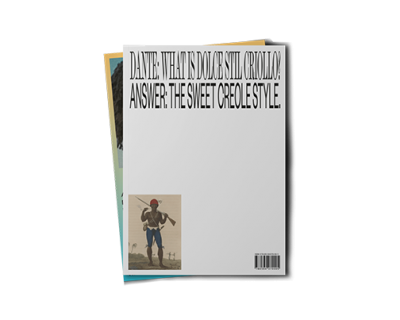